Please note that this site is unsupported on Internet Explorer, and may not function as intended.

We recommend upgrading to the latest version of Microsoft Edge, Google Chrome or Firefox.

Together we build wellness this Mental Health Week

An exploration of how conversations around Mental Health can transform lives, build resilience, and bond communities. 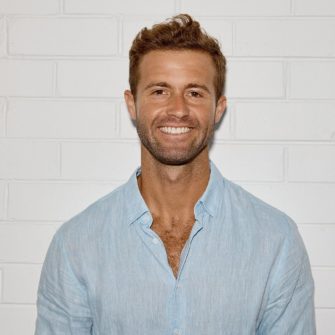 CEO of The Man Cave and STUFF

Hunter Johnson is the Founder & CEO of two purpose-driven organisations – The Man Cave and STUFF.

The Man Cave is an emotional intelligence charity that has impacted the lives of 20,000 young men across Australia.

Hunter also works as an Advisor to The Queen’s Commonwealth Trust (QCT), a charity supporting young people throughout the Commonwealth alongside Prince Harry, the President of QCT.

Hunter’s work has led him to speak around the world. His presentations include those at the United Nations, Government House, Human Rights Commission, Sydney Opera House, Melbourne Town Hall, Graduation Ceremonies and various Universities. Hunter has been recognised as a Finalist for the 2020 Young Australian of the Year Awards (VIC), listed as one of Harper’s Bazaar’s “Visionary Men of 2019”, named a 2018 Queen’s Young Leader by Her Majesty The Queen, and 2018 Winner of the EY Social Entrepreneur of the Year Award (Southern Region).

With such an abundance of knowledge and passion Hunter will take us on his journey and speak about his courage to support and help men through a new era of masculinity. 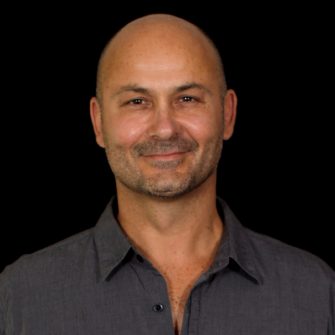 MC and sharing his experience

Actor, Director, and Founder of the Peninsula Short Film Festival.

Having lived experience with mental health issues and after overcoming addiction , Steve found a new purpose when he wasn’t on set, and now is able to support others on their journey to overcome addiction.
Steve completed a Certificate IV in Mental Health and commenced a Certificate IV in Alcohol and Other Drugs through genU Training. Steve feels more qualified to share as an RUOK? Ambassador as a result of his studies.

MC on Monday, Tuesday and Friday 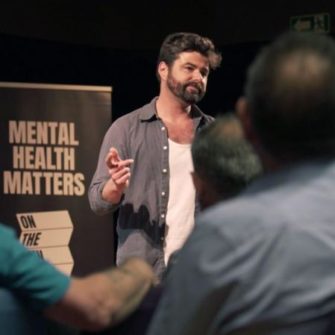 Founder and Director of On The Low Down

David began his journey founding On The Low Down, 7 years ago through his own struggles with mental health and wanted to increase the uptake of mental health services through deconstructing the social barriers that stand in the way of improving well-being.

With a large focus around men’s mental health, David is passionate about breaking these social and cultural stigmas. Through improving the level of stimulation and enjoyment in communicating their issues, David has helped men to seek help and coached them into displaying similar ‘decision-making’ behaviours that is more commonly demonstrated by women.

David also has a YouTube and Podcast called “Hear for each other” which highlights stories, analysis and opinions around men’s mental health by health experts and high performers in sport, business, arts and politics. 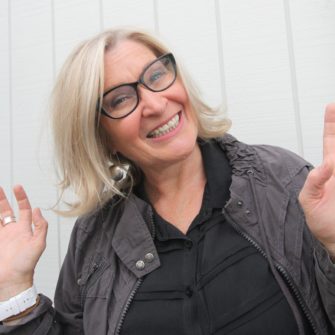 Jules, a passionate, engaging and creative Mental Health first aid Australia trainer, she has lived experience of mental illness and has authored a book in reflection of recovery – ‘Finding faith in mental illness.’ Jules is also the Founder of Art of the Minds, a charity that aims to educate and engage the community to creatively manage mental health and wellbeing. 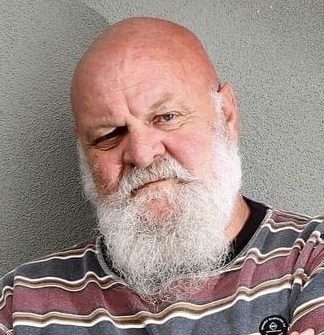 Rob is the program director for Foundation 61, a live-in community offering support to those working through life controlling issues (primarily associated with drugs and alcohol). He is speaking from personal experience about his own struggles with addictions. Rob holds an array of qualifications across mental health, community services, alcohol and drugs and counselling. 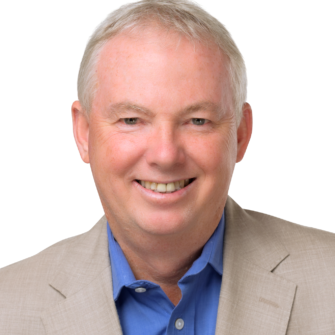 With 40 years’ clinical experience, 10 of those years as a Senior Clinical Psychologist offering psychotherapy to adults and adolescents for difficulties including anxiety, depression and trauma reactions. Chris recently received the 2019 Australian Allied Health Impact Award for his clinical research, media involvement and for authoring a book on positive psychology and synchronicity – ‘The Positive Psychology of Synchronicity.’ 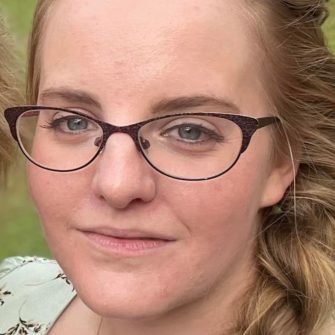 An infectious diseases researcher at Deakin University and Barwon Health and is also a central committee member of the community and research network. Carly has a passion for the history of medical diseases, treatments, and medical curios. Carly considers herself to be an amateur medical historian. 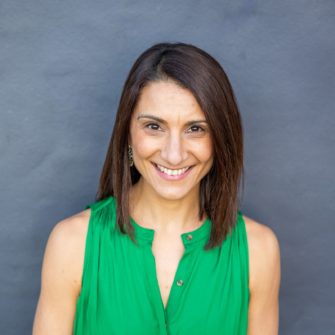 A lifelong creative, Fiona is both a practitioner and performance consultant, facilitating and mentoring wellness, helping businesses and individuals with personal development. Fiona is also a qualified dance educator, yoga and pilates instructor, mind body therapist and the host of “Talking Youth” podcast – a wellness tool with coping methodologies to positively impact future generations. 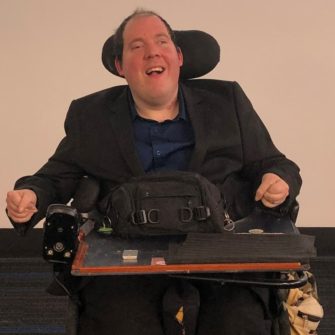 Chris believes in the cathartic power of using art to educate and heal. Using these skills he has advocated for the disability and mental health sectors as a trainer and policy advisor. 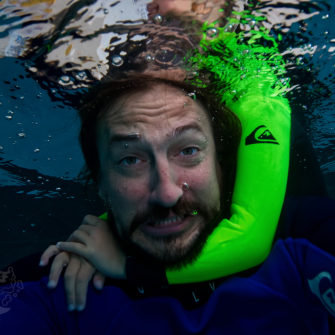 Owner of All Ability Arts

As the owner/operator of All Ability Arts, the aim to service those living with disabilities and connecting them to the creative arts. Coming from a teaching and creative arts background, Michael enjoys supporting young children to find joy in the arts and through his personal experience he was able to fill this void in his own life as well as supporting others to do the same. 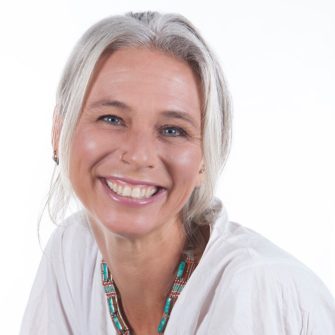 With her Masters of Art Therapy, Michelle has over 21 yrs experience in community & mental health as an art therapist and psychologist. Michelle has an abundance of experience – working in a psychiatric hospital and running art therapy for clients struggling with eating disorders, addictive behaviours or other mental health presentations including depression, anxiety, bipolar, BPD and other diagnosis. Michelle is a passionate mother of 5 children and has dedicated these years to supporting other mothers through Doula, Women’s Creative Connection Groups, pregnancy support at the Geelong Hospital and mother + daughter connection workshops celebrating positive menstruation education. 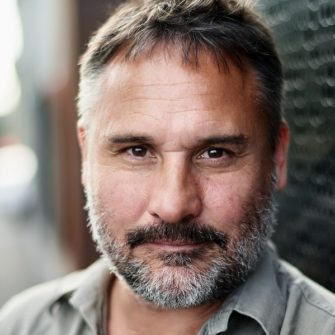 A creative arts therapist, counsellor, actor, art maker, teacher and facilitator from Geelong. With a Masters of Therapeutic Arts Practice and four years private practice experience, Luke has been running group workshops and working one on one with people inquiring into their lives and needs through art making and drama therapy. Luke also facilitates art making/journaling workshops at Blue Bird House and counsel through independent EAP agencies. 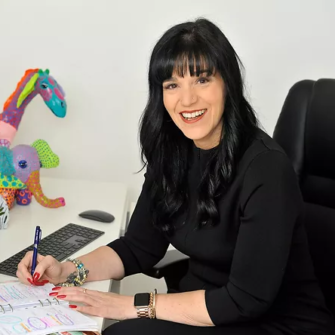 Founder and CEO of the Justine Martin Corporation

An accomplished & award-winning artist, keynote speaker, resilience coach, author, and podcast host. Justine inspires those around her with her story and determination. A multi-award-winning artist and successful business owner, Justine was awarded 7 national awards in 2021 for her dedication and outstanding performance across her businesses , won Gold at the 2021 prestigious national Aus Mumpreneur Awards for ‘Coach of the Year’ and won gold in the 2021 Roar Awards for Creative ‘Artist of the Year’. 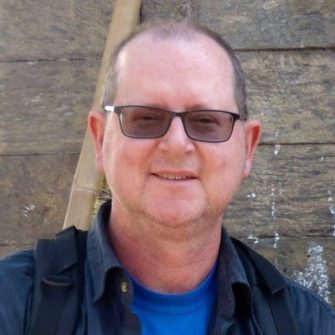 Khristo Newall is a community development practitioner, an occasional activist, a husband, and father of two young kids.

Passionate about social justice and working alongside those on the margins, he has worked in the community sector for over 20 years. This has included working with vulnerable young people, with asylum seekers and refugees, working in remote First Nations communities in WA, and a brief stint as an aid worker in Iraq.

More recently he has been working in the disability and mental health spaces, and currently works with Wellways in the ‘StandBy – Support After Suicide’ program. This is a national program providing support to those bereaved or impacted by suicide, as well as building community resilience and raising awareness. 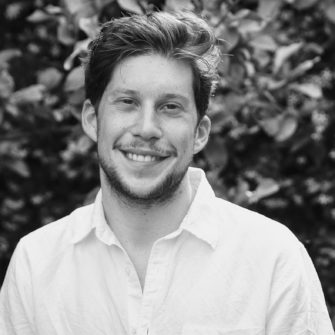 At a young age, Nicholas was exposed to the effects of mental health through his mother’s mental health battles and through a close friend’s years of distress that tragically led to her suicide. Motivated by the immense difficulties faced by those around him, Nicholas has made a career out of supporting others. Nicholas now works in the preventative mental health sector – helping organisations, schools and community groups improve their mental wellness, emotional intelligence and self-awareness. 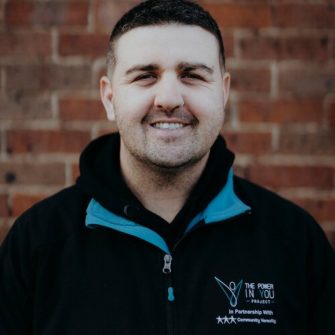 Founder of The Power In You Project

The founder of The Power In You Project, a not-for-profit organisation to empower people living with addiction, to seek help and the courage to be supported. Kane has lived through his own personal challenges with addiction and understands first-hand what it takes to break the cycle and create a positive change in your life.

Hunter Johnson, CEO & Founder of STUFF and The Man Cave

As a professional speaker, Hunter will take us on his own journey of how he came to be here today and what he has learnt about mental health, young men, and his entrepreneurship.

David Pearce, Founder and Director of On The Low Down

In Australia, the national suicide rate is more than double the road toll, and male suicide, which represents 3/4s of all suicides, is the leading cause of all death for men aged 15 – 44 years.

David Pearce founded On The Low Down, 7 years ago to communicate to men about these dramatic statistics, and what can be done to change them.

Through his own journey with mental health, David will talk to us about how this has shaped his social enterprise and the experiences he has had with men’s mental health along the way.

Self-Compassion - Being as kind to yourself as you would be your good friend: finding self compassion for improved mental health

Jules Haddock – a Mental Health first aid Australia trainer and Art of the Minds Founder, Rob Lytzki -Founder of Foundation 61, a live-in community offering support to those primarily struggling with drugs and alcohol issues and Chris Mackey – a Psychologist specialising in psychotherapy to adults and adolescents with difficulties of anxiety, depression and trauma reactions.

This panel will focus on how we can turn our self-view, and ultimately our view of other people around, simply by centering on Self Compassion. Presenters will share: Understanding self-compassion therapy; Real life reflections of critical self when navigating addiction and recovery; Practical strategies to change the way you think and feel about self and others so you can be as kind to yourself as you would be to a good friend.

Creative arts, managing the mind and the mental health benefits

The panel will share insightful reflections, stories, opinions and some excellent applications for us to utilise the creative arts to support our mental wellbeing.

Khristo Newell, working with Wellways in the ‘Standby – Support after suicide’ program. This session aims to increase understanding of suicide bereavement, and its wider impacts on individuals and their communities.

It will look at what makes suicide different from other sudden deaths, as well as support approaches and best practice. Covering aspects of grief, trauma and crisis, it will also look at basic support skills and self-care.

No one is Forgotten - Substance use and the road to recovery

with Kane Nuttall and Nicholas Bloom

Kane Nuttall – the founder of The Power in You project, a not-for-profit organisation to empower people living with addiction, Nicholas Bloom – a Mental Health First Aid Australia trainer and community mental wellness advocate.

Around 1 in 20 Australians have an addiction or substance abuse problem – this could be your friend, partner, parent or child. In this session Nicholas will interview Kane around his addiction journey and how he was able to turn his life around to now be supporting others with addiction issues through The Power In You Project.

1 in 5 Australians experience a mental illness in any given year, costing Australian workplaces $4.7 billion in absenteeism, $6.1 billion in presenteeism and $146 million in compensation claims per year.

Nicholas will talk through the discussion points of why supporting the mental health of employees is important, the benefits of Mental Health First Aid training in your workplace and the results of our mental health courses.

YOU CAN HELP OTHERS TO THRIVE